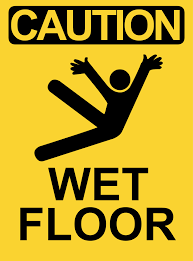 Charlie sat alone in the driver's seat of his old beat up Ford Pinto trying to find a good angle of himself to take a selfie. But though he didn't want to admit it to himself, it was completely pointless. Charlie was ugly. He always had been, and he always would be. Finally, using the "cute cat" filter on Snapchat to hide his ugly face, he posted a selfie to his story.

"Right", he thought, "What am I doing again?". Oh, that's right. He was at CVS Pharmacy to pick up medicine for his girlfriend. He emerged from the car high as fuck, a sad excuse for a man. Though the task before him was incredibly simple (walk into CVS, find medicine, pay, checkout, drive home) he somehow felt confused just trying to figure out how exactly to accomplish it.

He was glad to see that CVS had automatic sliding glass doors, since that meant he didn't have to open the door himself. Through those doors he could see a bright yellow cone directly in front of the entrance, clearly labeled "Caution: Floor Wet". He made a mental note to be careful when he walked in, but first he needed to tweet about how much he liked sliding doors.

As he struggled to whittle his unfunny incoherent moronic rambling of a tweet down to less than 140 characters, he crossed the threshold of the door and his shoe slid across much more water than he had been anticipating. He slid gracefully across the puddle of water like an Olympic ice skating champion, crossing the entire entrance and gliding straight through the shampoo aisle. Fighting to stop himself from drifting further in an uncontrolled glide across the Pharmacy, he tried to reach out and grab something but ended up knocking down the various shampoo, conditioner, and lotion bottles around him in the process.

Because Charlie was gliding so fast, when he knocked over the bottles they hit the floor and immediately exploded, getting shampoo and conditioner everywhere. After knocking down hundreds of bottles, Charlie eventually started sliding backwards, but then again slipped on the pile of shampoo and conditioner which sent him sliding all the way to the soda aisle.

"Dude, what the fuck!", the pharmacist screamed at Charlie. "You fucked up our whole store!"

"You SLIPPED??? Did you not see the fucking sign we put up that said "Caution: Floor Wet"?

"Yeah", Charlie defended himself, "but I thought it would just be a little wet not like a giant fucking puddle that would send me gliding across the whole floor knocking everything over!"

The pharmacist shook her head. "Bro, I watched you walk into the fucking store. You were staring at your phone. I bet you didn't even see the warning sign, and that's why you slipped! Now, are you gonna spend the day here helping me clean the store up like a decent human being or am I gonna have to fuck you up right now?", she threatened him with a menacing look on her face.

Charlie was about to respond when he heard a muffled voice coming from his jeans pocket, where he had quickly stashed his phone as he had starting slipping through his store. "Babe?"

He pulled out his phone to find his girlfriend Jennifer staring back at him with shock and disgust. Charlie was covered in ice cream, soda, shampoo, and halloween decorations making him look even uglier than usual. "Jenny!", he gasped.

"Babe, I think you butt FaceTimed me when you walked into the store. What the fuck Charlie? Didn't you see the sign? Anyway, I don't need the medicine anymore. Andre brought some for me".

"What? Andre? Who the fuck is Andre you stupid bitch!!!", Charlie screamed at the top of his lungs.

"It doesn't matter. We're through", she told him definitively. She hung up the FaceTime call and just like their relationship of three years, the only thing that had really been keeping him together, was over.

"JEWISH!!!", he screamed loudly into the air.

Doesn't matter. Whatever. She was a fucking cunt anyway. Charlie would get back on his feet and catch dat rebound. He'd catch it right now in fact, he thought as he glimpsed a very cute cashier staring at him with a look of confusion and concern.

"Hey, you like drugs? How about music? What are you doing on Saturday?", he asked all at once, trying his best to sound casual.

She stared back at him expressionless and confused for a few seconds before answering. "Didn't your girlfriend just dump you in the aisle over there a few seconds ago?"

"And then you called her a stupid bitch, right?"

"Well you would probably do the same thing to me if I ever gave you a chance, right? And also I'm Jewish so it was kind of weird how you just screamed that after you hung up on her".

"I mean, I don't know you, but maybe you should stop being a shitty person? Look at you dude, you're high, you're covered in all this stuff from around the store which you destroyed and now we're going to have to clean up all day. And instead of admitting that you're a shitty boyfriend who couldn't get your sick girlfriend medicine, you just make excuses. Own up to your mistakes and try and be better dude. You're fucking up hard. There was a sign right there that said Caution: Floor Wet!"

"Okay, but I've seen those signs before and usually the floor is just a little wet. Nothing crazy like that where you could actually..."

Charlie walked out of the store sad and dateless. Maybe he was a shitty person. He pulled out his phone, and without thinking twice enlisted to join the military. From now on he would serve his country, and when he returned back home after his tour was done, he'd never be a piece of shit again. Hopefully.